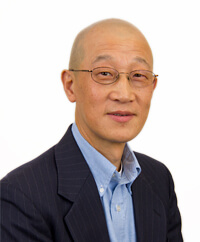 David Yeh is the director of information technology at Applied Marketing Science (AMS). David manages all technical aspects of the company, including design, deployment, maintenance and operation of network infrastructure, telecommunication systems, and security and backup systems.

As a webmaster, David has provided technical support to the company’s external website since it began operating in 1995. David also designed and developed the AMS intranet, a hub of knowledge sharing, a source of important information and a central location for mission critical tools and applications.

As a programmer, David has also designed and developed a plethora of software tools and web applications that facilitate the company’s operation. In 1994, shortly after joining AMS, one of his applications was a finalist for New Media Magazine’s Multimedia Award. Over the past 10 years, David has programmed almost 900 online web surveys.

David loves sports, and he is a die-hard fan of the Boston Celtics and the New England Patriots. As a former gymnast, David was the captain of men’s gymnastics team at Fudan University. During his captaincy, the team won championships for four consecutive years. Prior to his IT career, David also taught and coached gymnastics in Philadelphia and Lowell, Massachusetts.

David holds an M.A. in American cultural history from Temple University and B.A. in British and American language and literature from Fudan University, Shanghai, China.

David is ready to help solve your business challenges

Start the conversation
We use cookies on our website to give you the most relevant experience by remembering your preferences and repeat visits. By clicking “Accept”, you consent to the use of ALL the cookies.
Cookie settingsACCEPT
Manage consent

This website uses cookies to improve your experience while you navigate through the website. Out of these, the cookies that are categorized as necessary are stored on your browser as they are essential for the working of basic functionalities of the website. We also use third-party cookies that help us analyze and understand how you use this website. These cookies will be stored in your browser only with your consent. You also have the option to opt-out of these cookies. But opting out of some of these cookies may affect your browsing experience.
Necessary Always Enabled
Necessary cookies are absolutely essential for the website to function properly. These cookies ensure basic functionalities and security features of the website, anonymously.
Functional
Functional cookies help to perform certain functionalities like sharing the content of the website on social media platforms, collect feedbacks, and other third-party features.
Performance
Performance cookies are used to understand and analyze the key performance indexes of the website which helps in delivering a better user experience for the visitors.
Analytics
Analytical cookies are used to understand how visitors interact with the website. These cookies help provide information on metrics the number of visitors, bounce rate, traffic source, etc.
Advertisement
Advertisement cookies are used to provide visitors with relevant ads and marketing campaigns. These cookies track visitors across websites and collect information to provide customized ads.
Others
Other uncategorized cookies are those that are being analyzed and have not been classified into a category as yet.
SAVE & ACCEPT